According to a recent report sponsored by the non-profit Global Wellness Institute (GWI), good-looking people receive many advantages in life: they are more likely to be hired, given more pay, receive lesser punishments, and are assumed to be more intelligent and trustworthy.

Conversely, a “disfigured-is-bad” bias can exist and people with minor facial disfigurements may be judged negatively and perceived as having undesirable personality traits (e.g., emotional instability, lazy versus hardworking). The first study in the report, which was conducted by Anjan Chatterjee, MD, FAAN, University of Pennsylvania, tested this bias by asking observers to share initial impressions of 26 sets of pictures of faces (one affected by a disfigurement such as a carcinoma, a scar or small wound, or facial paralysis and one that had been treated to correct the disfigurement). The study confirmed that post-treatment faces were seen as having more positive personality traits than pre-treatment faces.

“The link between beauty and wellness is not obvious. An unhealthy preoccupation with beauty can emphasize a “beauty is good” stereotype, where people are judged based on how they look rather than how they act,” said Dr. Chatterjee. “Our first study showed that people make deep inferences about a person’s personality based on superficial features. Flawed faces are regarded as flawed people. The cosmetic industry can mitigate these judgments that likely adversely impacts people’s well-being at work and at play.” 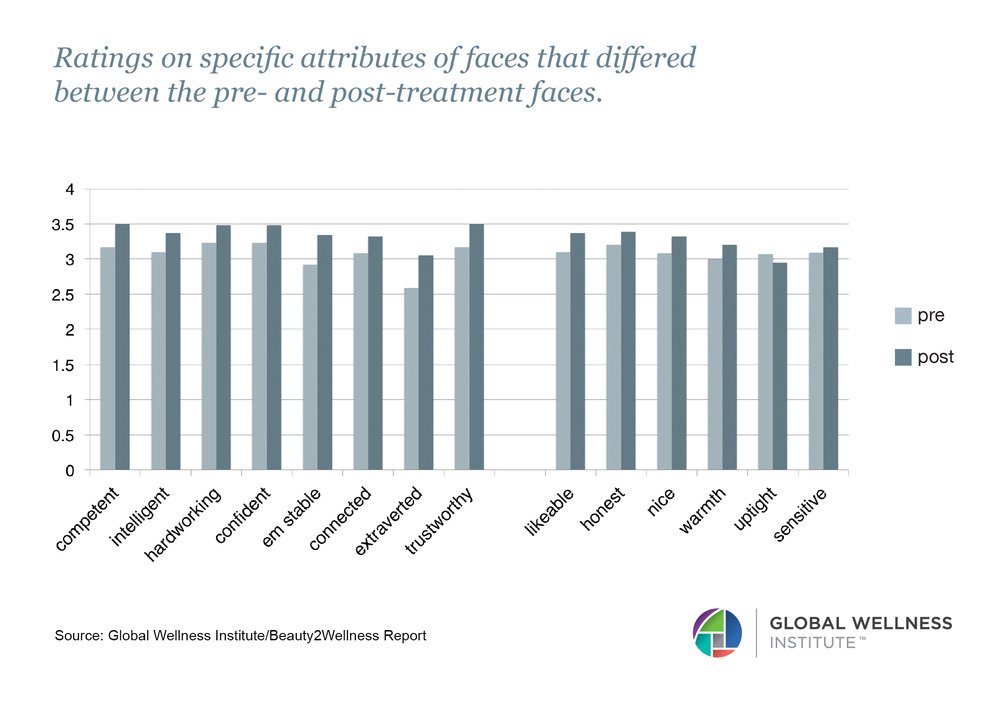 Are people aware of this bias?
In a second phase of the study, the researchers asked if people were aware of harboring biases related to facial attributes.

“Understanding biases helps us understand how people might overcome them,” said GWI Chair and CEO Susie Ellis. “This knowledge also contributes to building an egalitarian society that supports individual wellness, which is a goal of the Global Wellness Institute. ”

The results showed that people make automatic inferences about a person’s personality when they look at a face, and men are especially susceptible to adverse biases. The conclusion? Cosmetics could play an important role by limiting observable facial flaws, therefore, mitigating negative judgments.